Collos Catching up with Mods at American Tower 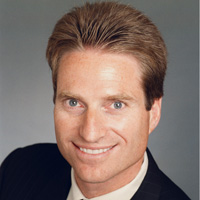 Outside of holistic agreements, amendments dropped, year over year, from 70 percent to 60 percent of American’s commenced new business. The split between amendments and collocations is expected to be 55 percent to 45 percent, respectively, in the future.

“This indicates to us that the shift towards densification from initial 4G coverage is well underway,” Tom Bartlett, chief financial officer said. “Accordingly we have increased our outlook for our domestic organic core growth to more than 9 percent for 2014, up more than 50 basis points versus our prior expectations.”

Another driver of demand for tower space is the deployment of Voice-over-LTE service or VoLTE with Verizon and AT&T planning commercial launches within the next 12 months.

“And our analysis to ensure the same quality of service, voice calls that travel via data packets over the internet necessitate greater cell site density compared to voice required to support classic circuit switch voice calls,” James Taiclet, chairman, president and CEO, American Tower said. Eventually, American projects that VoLTE will require carriers to increase the density of their networks by 20 percent to 30 percent.

Carrier wireless capital spending, which hit $34.3 billion in 2013, is expected to be nearly $35 billion this year, according to Taiclet, which has historically had a positive effect on organic core growth rates. From 2010 to 2012, annual aggregate spend on carrier wireless capital spending grew from $25 billion to $30 billion translated to organic core growth at American Tower in the range of 7 percent to 8 percent.

“The combination of the increasing numbers of high end smartphones and tablets significantly higher utilization per unit and a consumer focus on quality of service is in turn requiring carriers to continuously augment their networks,” he said.”At American Tower, we are seeing first hand others ramp-up and carrier spending is translating in to the significant leasing activity on our sites and our operations teams have been busier than ever processing application associated with these raising levels of new business.”

Roger Entner, analyst, Recon Analytics, puts the numbers into context. The combined capex of $21+ billion that AT&T spent last year was more than the 20 operators in the five largest European Union countries, combined.

“Indeed, [when you add in T-Mobile and Sprint] U.S. wireless carriers spent roughly $109.58 per US citizen to upgrade wireless infrastructure in 2013 whereas the EU5 carriers that serve the more affluent European countries spent significantly less, at roughly $52.64 per citizen,” Entner writes.